So the Pingan Building in Shenzhen is almost finished and it’s probably the symbol of the new politics of architecture in China which give unequivocal signs of closure and slowness.
The building was pompously presented as the second tallest skyscraper of the world for architectural detail just after the Burj Khalifa in Dubai.
But something happened, the building has been butchered to 115 floors and 580 meters.

Rumours are saying that the crazy choice of using concrete and glass blowed up the budgets. The material is so heavy that foundations and pillars are pushing the other buildings so much that the nearby squares are rising and all the street pavements are literally exploding.
Other gossip pretend that the supposed 58 meters antenna was not technically possible or too expensive.

The official reason is connected to airplane routes, that naturally are not flying on the city, and by the way they didn’t think about it before? If it’s real I wouldn’t feel safe in walking by that building anymore. 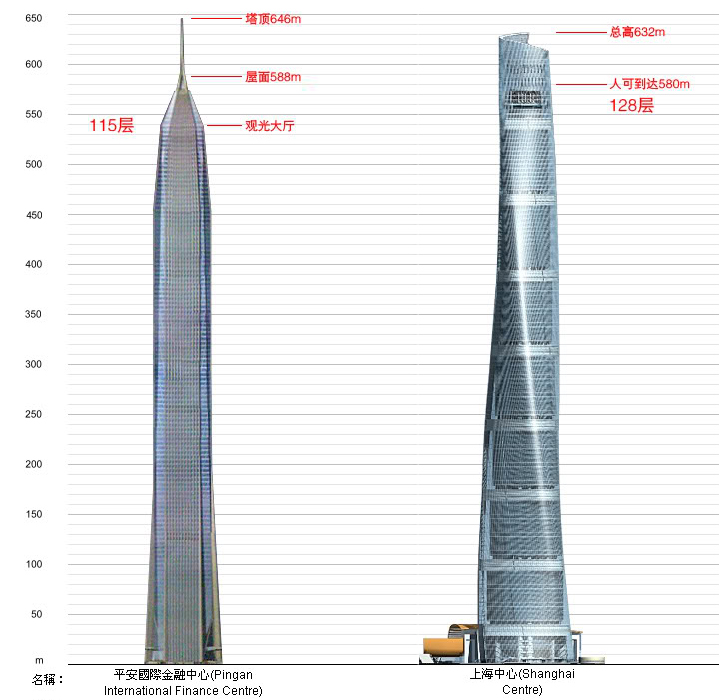 Reality is that this case is a mixture of superstition and political mistakes. Beijing has stopped the construction because the building was surpassing in height the Shanghai Center which is considered more prestigious but it was 13 meters shorter and which will be quickly number 3 in the classification due to the new Tokyo Sky Tree and will declass the Ping An Finance after number 5. I’m not in love with these kind of classifications and I personally don’t understand them but, believe me, this is great marketing and Shenzhen spent money and reputation in this building. They also had involuntary advertisement when the Russian incredible daredevils Vitaliy Raskalov and Vadim Makhorovto climbed it with bare hands (was it a real “intrusion” or were they actually called?). 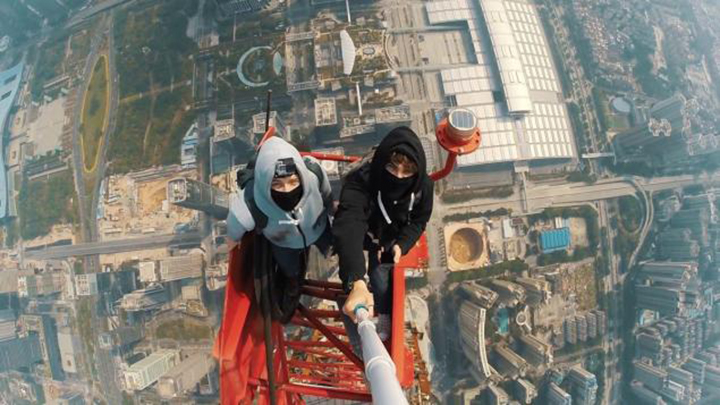 On the other side the mega tower, being build by the american company KPF with a lot of Nippon technology is a thermometer of the political relationship between China and Japan, so when China was (again?) demanding about the Nankin massacre (1937) and building its hate campaign toward the neighbours, the construction parts were strangely stuck in some Japanese port.
But this is politics and not architecture, let’s go to the superstition part.
To patch the slowness of the construction, the design problems and this embarrassing antenna gate they decided to make the building “Feng Shui friendly”, opening a hole in the top of the building that was never in the renderings or in the project.
Let me tell you how that probably worked with a little true story: one day after we finished a huge hotel of 40.000 square meters and we were packing heavy books of A0 drawings, a Feng Shui master pops up in our office called by the client. From the moment I saw him walking in the corridor dressed like a clown, I knew that my day was going to have a terrible ending.
The guy took out a diviner’s “Y” shaped stick and started to look for water sources on a paper drawing and then, told that there was a pool exactly where he was looking seemed happy like a child.
Unfortunately there was another bizzarre request: “Where does the flying dragon passes?”. This is a very tricky thing to understand, for some unknown reason there is some Feng Shui rule about a flying dragon that has to fly through the buildings higher than a certain amount of floors. That’s why our beloved master wanted to open a hole in a 50 floors building! Naturally it took me all my sense of humor and patience to convince him that that was not the place for flying dragons and that actually the animals where going to a bar in a different area of the city. Not being able to convince him I had to put the client on the phone, informed about the 3 million dollars modification allowed me to kick the master out of our office, which I did with great satisfaction.
Anyways the little story has a lot to do what is probably happening to the Ping An Finance: a new unexpected opening came out on the top of the building, like it happened in Shanghai and like it happens in many other buildings in Shenzhen that always have a kind of “structure” or an empty space on top. It doesn’t have anything to do with the real Feng Shui, it’s part of the search for traditional values and it’s just superstition signature on a bad project, aborted and now hurt. China has to find a solution to these irrational believes and stop losing face exposing its architectural projects to mockery of the world. 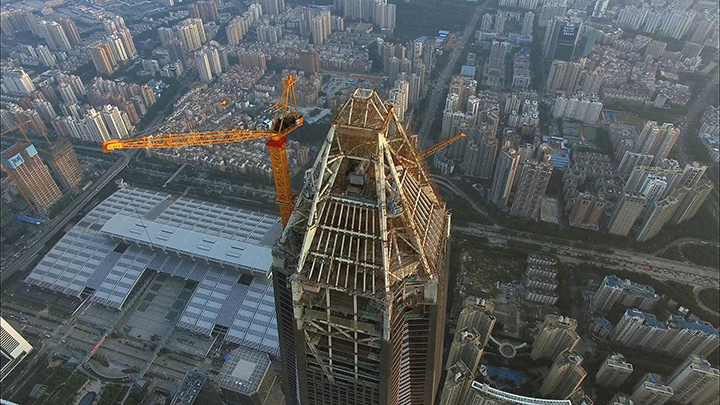