Why your product is wrong in China

What about if Chinese culture was not strange, but your product designed badly?

For many European or American companies Chinese market represents the Eldorado for its numbers and for the constant expansion. Furniture, Lighting, and Technical companies are fighting to find their space in the market, often not understanding the selling and buying culture and most of all not knowing that the construction techniques are extremely different making a huge difference in the way modern Interior Design is approached.

Let me give you some examples which can also be fairly good briefs for designers.

European and American refrigerators are mostly designed just in the front part of the door because they are mostly hidden inside the kitchen structure. In China the fridge (even in top level serviced apartments) is always in the dining room. The Chinese market is hungry for refrigerators with presentable sides and backs and until nobody designs them this is why you don’t sell in China. 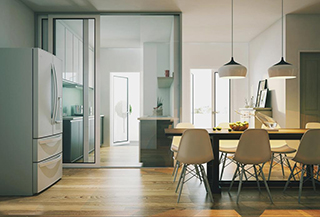 For the way office are build the often don’t use Aircon machines on the wall (sandwich walls) but ceiling machines are preferred. These machines are designed and produced for European and American construction standards and they are meant to be recessed. Unfortunately in China 90% of the offices today don’t have fake ceiling. Nobody today designs an air-conditioning machine for the Chinese market. It should be a machine designed on all the sides that can look decent if hanged. You sell a little bit but they don’t understand you and they complain. 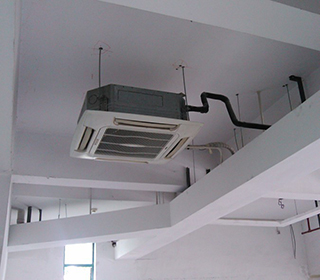 Recently I had a discussion with a very famous italian lighting company that was presenting their led fixtures with a very common marketing proposition: our Leds have a longer life. First of all the three (yes just three) producers of Led bulbs in the planet produce for everybody, all the Led bulbs are pretty much the same (technicians will forgive this generalization). Second in a market in which the offices are rotating so quickly nobody cares of having the same lighting fixture for two decades; being twenty years older I want my lamp to be able to prepare coffe. The point that really matters is that the fixtures designed for the western market are usually the same diameter of the correspondent old product with fluorescent or halogen bulbs and this is because we don’t build, we restore old buildings and we definitely want to use the same hole in the ceiling to put a newer fixture. China is a country that is building infrastructures today, they don’t understand why they have to use so big fixtures when they can have the same result with a smaller lamp that costs half the price and benefits to the interior design of the space. And that’s why you don’t sell in China. 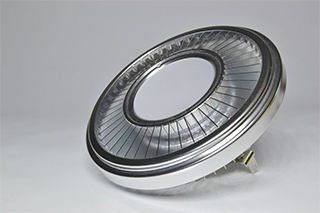 In Western countries we use dishwashers, in China they simply think they don’t wash properly and they don’t buy them. Instead they have another machine called “Xiaodugui” a sort of sterilizer which doesn’t require water and needs a different design of the kitchen structure to be host. Also the extensive use of the “Wok” requires different fires and, most important, mounted at a lower height; you don’t want to jump to put something on the fire. Also very important is the Rice Machine which today doesn’t have a space in the design of our western kitchens. To make it simple an average Chinese family wouldn’t know how to prepare a meal in a western kitchen. And that’s why you don’t sell in China. 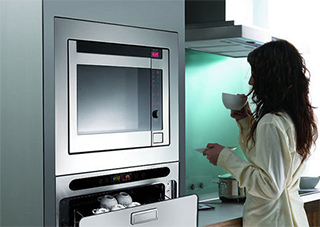 A fact is that the average height in China for men is 165 and for women 155, in Holland 185 and 172. This thing is very clear to fashion brands whose way of managing sizes has changed for export in Asia. Apparently is not so obvious for European furniture producers and designers. Your chair is just too big, your sofa is terribly deep and make Chinese woman feel stupid. If you connect this to the usual sizes of an average Chinese house, where a 70 sqm apartment has 2 bedrooms, yes, that’s why you don’t sell in China. 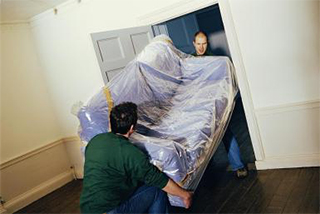 Here I really get crazy when I see Italian companies trying to sell in China 220 cm doors, they really look so weird to me. All the buildings are designed for 200 cm doors, even fire-doors. Yes it’s so simple, that’s why you don’t sell in China.

Italy has a good tradition of good design for sanitaries and in general for bathroom appliances. Unfortunately in China the imported market is completely in the hand of Japanese brands. They understood before the problem of sizes and most of all they filled their product with technology and electronics (maybe useless but so appreciated in China). Put also on the table the “not so sexy” price of our products and you understand why you don’t sell in China. 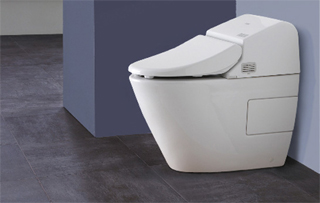 If designers, producers, entrepreneurs will put their effort not only in understanding Chinese market culture, but also to very simple everyday things and habits, there will be still space to hit the market, and believe me, it can be fun.

Mac Donald’s has changed its menu in China, you can do it, too.